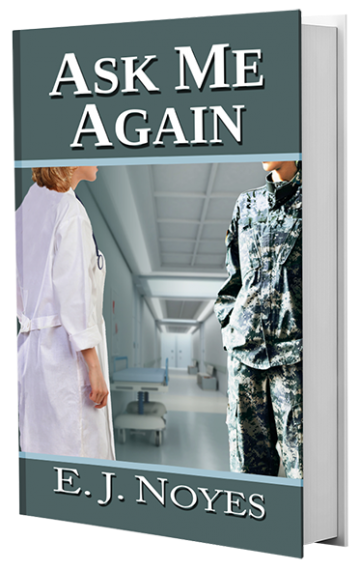 What do you do when the source of all your problems is the one thing you don’t know how to fix?

With Don’t Ask, Don’t Tell nothing more than an unpleasant memory, US Army surgeon Sabine Fleischer is ready to move on with her life—if she can just figure out how to move past her PTSD. Fresh from her first deployment since surviving a vehicle attack in Afghanistan, Sabine is finding the things she’s tried so hard to push aside aren’t as easy to ignore as she’d hoped.

Sabine’s girlfriend and ex-commanding officer Rebecca Keane is happily settled into her new job running a trauma department in a civilian hospital. Life with Sabine is everything Rebecca ever wanted. But when Sabine’s PTSD reappears worse than before, she’s left struggling with her own guilt.

There’s no doubt that both Sabine and Rebecca want the same thing. But how do you help the most important person in your life when they don’t want to need your help?

Ask Me Again is the must-read sequel to the best-selling Ask, Tell.