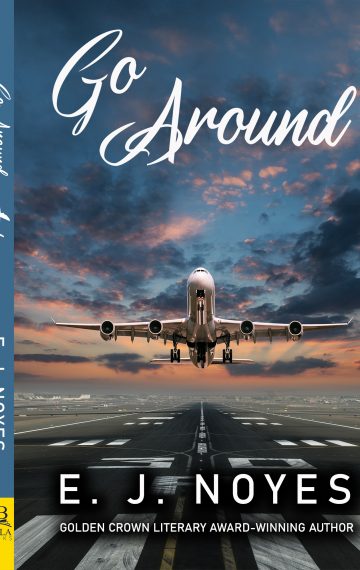 Buy from PublisherBuy from Amazon US

Sure, she’s not doing as fine as her ex―award-winning actress and current television It Girl, Elise Hayes―but Avery enjoys her work as a Federal Air Marshal and also enjoys almost being over Elise walking out on their relationship fifteen months ago. Then Elise is seated next to her on a flight, and the emotional progress Avery thought she’d made is reset in an instant.

Just like their first flight together, this one also has some bumps. But this time they don’t have to make a go around for a safe landing; they just have to deal with an overzealous fan threatening Elise. And when Elise comes begging for a place to stay until the stalker situation is resolved, Avery has to agree it’s the perfect solution to keep Elise safe. After all, nobody knows Elise Hayes used to have a girlfriend.

It’s only for a few weeks, what’s the harm? Except for some tiny issues, like when you’re still kind of in love with your ex and the mutual spark is as strong as ever, it’s easy to fall into familiar habits. Then there’s Elise’s apologies and genuine regret over leaving, which makes it hard for Avery to hold on to past hurts and sends her simmering emotions to a boil.

But love and sparks aren’t always enough. If Avery and Elise can find a way to move past everything that came between them last time, maybe they’ll get a chance to go around and try landing their relationship again.